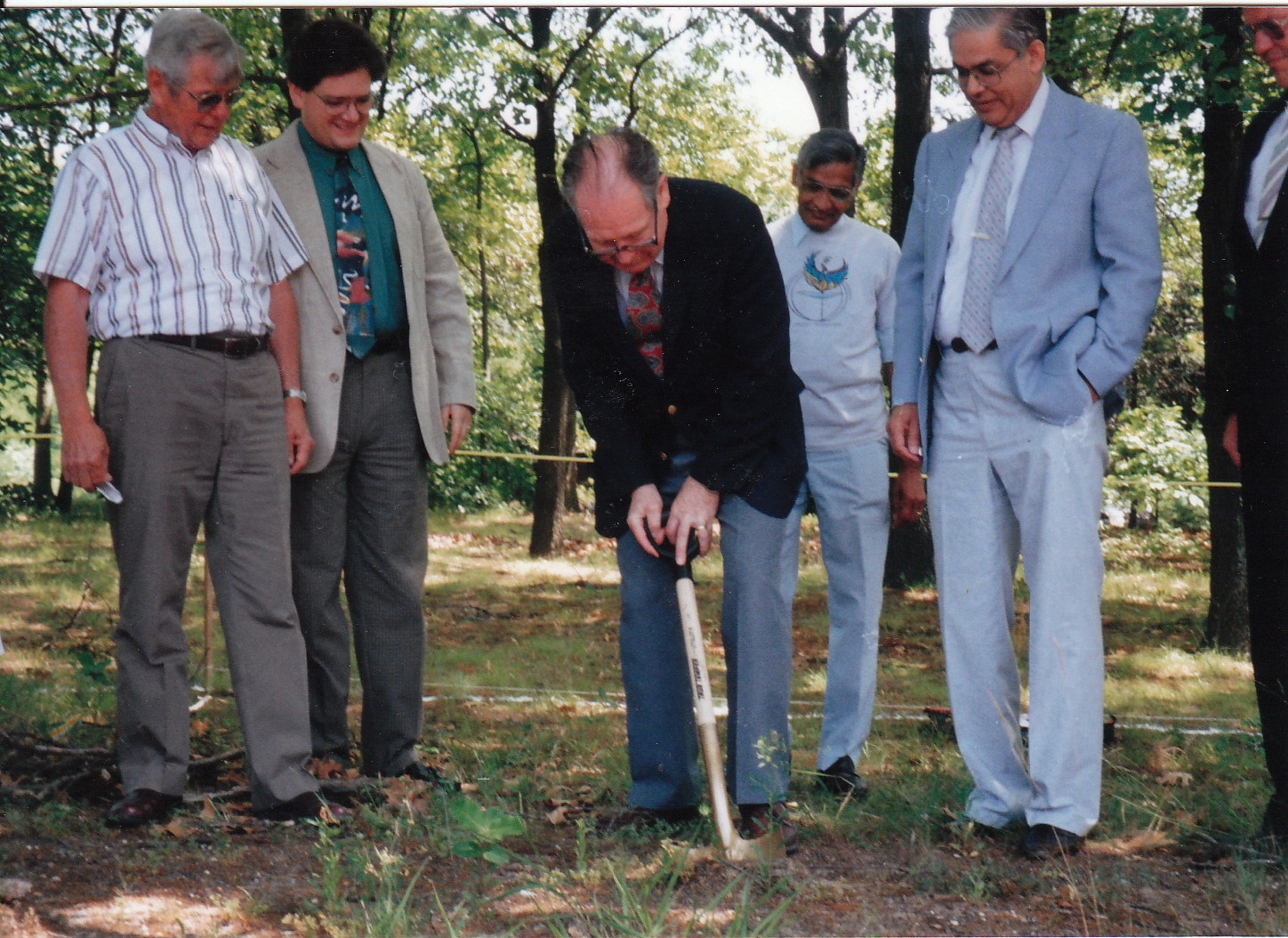 Two persons hold credit for the existence of UUCMC.  In 1956, Pat and Bob Kimble wrote to the American Unitarian Association in Boston to ask if there were other Unitarians in the New Jersey Shore area.  Four interested couples were identified.  In response to a subsequent ad in the local newspaper, about twelve couples attended a planning meeting at a local restaurant.  By early 1957, when the Fellowship charter was granted, there were 37 charter members. Today, we have approximately 430 members and friends and 150 children and youth.

Between 1956 and 1965, the group migrated from a local restaurant to a community chapel to a YMCA building and then, as numbers increased, to a school. In 1965, we finally built a home of our own on 19 acres of wooded land in Lincroft, NJ. The current sanctuary and offices were added in 1993, seven years after a major fire and reconstruction.

Our first full-time minister, The Rev. Harold R. Dean, was installed in 1962. Rev. Dean was with us for 30 years until forced to retire because of illness. The Rev. Galen Guengerich (who is now Senior Pastor at All Souls Unitarian Universalist Church in New York) served as interim until The Rev. Kathleen Hepler was installed in 1993. After Rev. Hepler left us 14 years later, The Rev. Evan Keeley served as Interim Minister during our 2007-2009 search process, which ended happily with a unanimous congregational vote to call The Rev. Virginia Jarocha-Ernst. In 2019, the congregation decided to try co-ministry, so The Rev. Craig Rubano joined Rev. Jarocha-Ernst, splitting responsibilities and hours.

Social Justice has long been our glowing coal. In 1962, Rev. Dean spearheaded the Monmouth County Fair Housing Group. Between 1962 and 1984, the congregation participated in civil rights marches and in anti-war demonstrations, started a local chapter of Amnesty International, supported nuclear weapons freeze, inaugurated The Lincroft Center for Children (TLC), and opened our doors to controversial social activists (to the consternation of local police!). Since then we have been certified as a Welcoming Congregation and as a Green Sanctuary. Our many other current activities may be found under Social Justice.

Our First Fifty Years (the title of our history book) were celebrated in 2006 with major programs and social functions. Former members attended from all over the country, along with one alumna from Europe!

We would like to thank Anne Carpenter & Nancy Rossbach for contributing to this article.