The UU Social Action group initially loaned $25 to 8 different entrepreneurs back in 2008 on Kiva, a non-profit organization with a mission to connect people through lending to alleviate poverty. Since then, we have made 92 loans to 38 countries which equates to $2300 overall with our initial contribution.

One of our recent loans was to Maram. She is 27 & lives with her husband (a builder) and three young children in the village of Jebal Muhaber, in east Jerusalem. She has been selling infants’ clothing from her house, but now wishes to set up shop, and to expand the range of baby and toddler clothes and accessories that she can offer.

Thanks for supporting the Single-Use Waste Ban Bill! “This is an environmental victory that’s been years in the making,” said Amy Goldsmith, the New Jersey state director for Clean Water Action. “Thank you Gov. Murphy not once but twice — first for vetoing the 2018 bill that would set back efforts to prevent plastic waste, and now for signing the nation’s strongest waste reduction law. It was well worth the wait. New Jersey is now leading the paradigm shift away from single use disposables to reusables.”

Thanks to all who responded to the Action Alert! A resolution creating a commission to study sexual assault, misconduct and harassment by staff against inmates in state correctional facilities was signed into law on Sept 14th. The resolution, SJR-79/AJR-167, is sponsored by Senator Linda Greenstein and Senator Nia Gill.

The NJ Remembrance Coalition for Social Justice is pleased to announce that our proposal for Soil Collection and an Historical Marker for Samuel Johnson has been approved by the Equal Justice Initiative. We will now be working directly with EJI to educate the public and complete the project.

Thank you to all the congregants who have helped out Fulfill, Lunch Break and Casa Freehold!

The 8th Principle Task Force has started a GoodReads group with recommended reading. It has past common reads as well as member suggestions. Please check it out here.

Support Black-Owned Businesses: MCWRET, Monmouth Center for World Religions and Ethical Thought, has put together a handy guide of local black-owned businesses. Check it out here and help to support the local community!

Take action with the NEW 15-minute version of The Long Shadow. Witness the impact of white supremacy from America’s history to today in this short version of the PBS documentary.

10 WAYS TO DO RACIAL JUSTICE ADVOCACY AFTER YOU SAY “BLACK LIVES MATTER”:
From the New Jersey Institute for Social Justice, a 2 page takeaway on what you can do now and hereafter to follow the courage of your convictions. As they say: This time it MUST be different.

Nikole Hannah-Jones explains the history of economic injustice and argues that if black lives are to truly matter in America, the nation must finally pay its debts. Read here.

UU FaithAction NJ Environmental Task Force newsletter is full of information, news and action items and can be found here.

To keep up to date on continuing actions and ways to fight systemic racism in our country, please check out the following sites:
Showing Up For Racial Justice
Movement For Black Lives
Campaign Zero
National Bail Fund Network

An informative video that tells you the most important aspects of New Jersey’s Green New Deal legislative efforts can be found on the 30 minute documentary “Part 1 of ‘Here’s the Story, the Green Amendment’“.

Please take the time to contact your state legislators to ask them to sponsor and support S1512 and A3052. This bill requires the Department of Education to develop and maintain a list of textbook vendors that incorporate inclusive material in their textbooks, and to make this list publicly available for schools to refer to.

Take Action: Contact your legislators to pass the Reproductive Freedom Act. Passing it will help protect and expand everyone’s ability to receive reproductive health care, such as birth control and pregnancy-related care, including abortion. 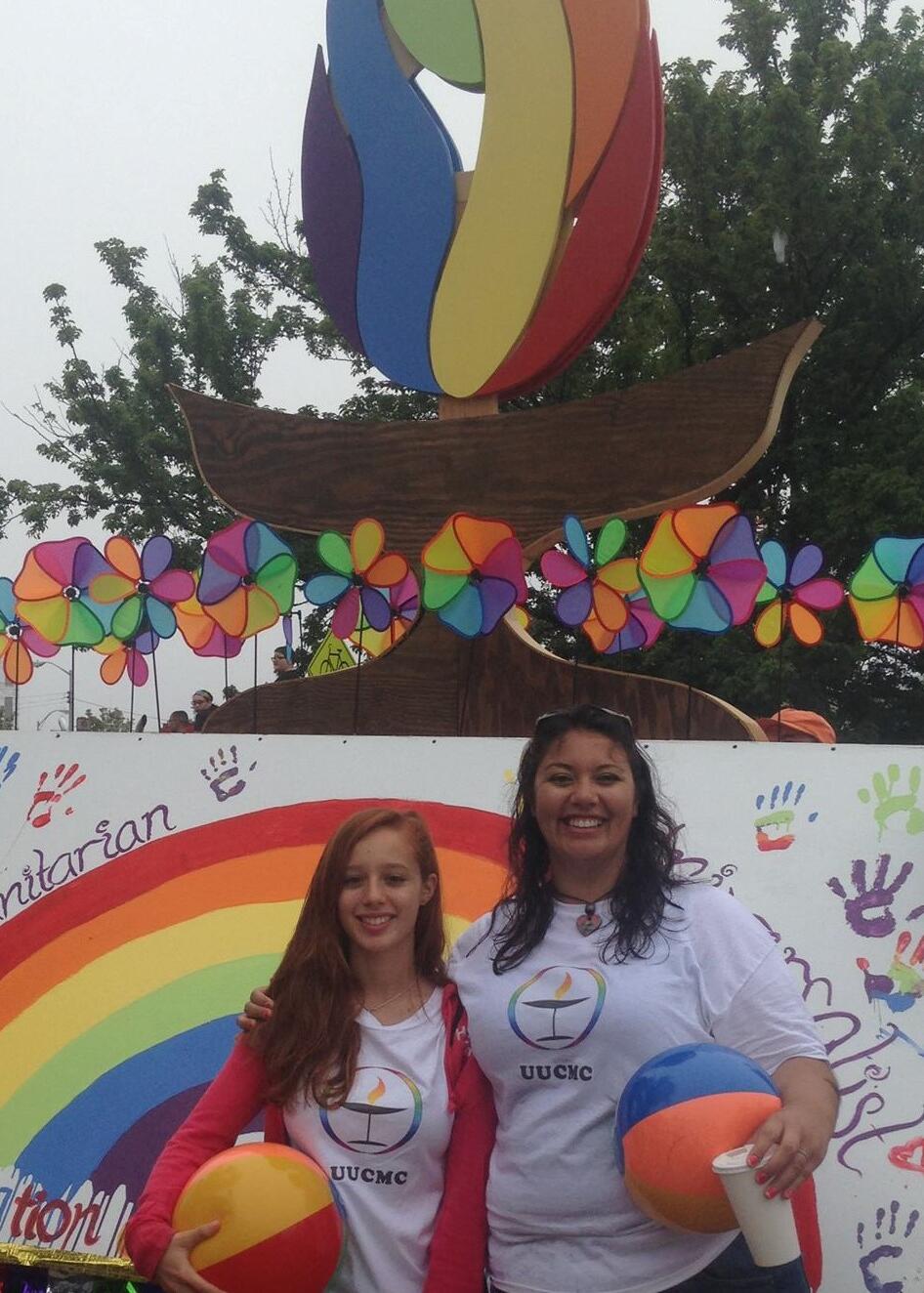 You may not know Mya Nester-Watt, but our older youth do. Mya has been a Jr. and Sr. Youth Group advisor, as well as a teacher of the Our Whole Lives curriculum and Family Ministry classes for high school students for 8 years. This year, Mya has taken a step away from our Family Ministry Program to focus on helping UUCMC work toward a deeper understanding of the necessity of the 8th Principle for Unitarian Universalism, our communities, and ourselves. She is one of the founding members of the newly created 8th Principle Task force and helped with the October’s Dialog and November’s Service about the 8th Principle. Mya is also part of the Social Justice Committee working with UU FaithAction NJ on Gun Violence Prevention. Outside of her life in UU, Mya puts her principles into practice as a Middlesex County lead for Moms Demand Action, with a main duty of teaching adults safe storage for guns to help end tragic and preventable deaths. She is also very involved with local get-out-the-vote efforts for gun sense candidates but will not shy away from making phone calls and joining campaigns in TX and GA to help elect Gun Sense candidates who understand the public health issues, particularly for BIPOC communities. When not working to make the country safer from gun violence, Mya continues to fight for racial justice and to dismantle existing systems of white supremacy. She has helped start a coalition at the School of Arts and Sciences at Rutgers University, where she works. The Coalition for Anti-Racism, Equity, and Social Justice (CARES) is charged with the efforts to examine the existing structures at Rutgers and aid in the university’s goals to strike down those systems which provide advantage to some while excluding or making the road more difficult for others.

Do you have an event to share? Email Us!